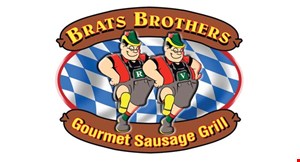 Since 2007, Brats Brothers has been serving Southern California handmade bratwursts with an eye toward healthy, wholesome ingredients and no preservatives. Over a dozen imported, hard-to-find German beers are on tap, and live traditional music fills the beer-hall style restaurant on Friday, Saturday and Sunday nights.