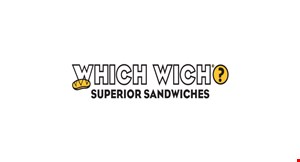 From the first downtown Dallas store opened in 2003 to more than 300 franchised locations today, Which Wich has been the picture of the success, garnering accolades with every hearty handheld they create. From standard-setting sandwiches to salads, wraps, shakes, sweets and both vegan and vegetarian fare, the positive vibes and friendly service found here are part of the brand's appeal. Don't miss their catering menu, a sure hit with any hungry crowd.