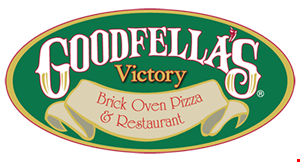 Their delectable pizzas have garnered gobs of attention, earning them the honor of the International Pizza Expo's "World's Best Pizza" award in 2007, 2009 and 2012 as well as "Best Pizza on the East Coast" in 2010, beating 61 competing countries to do so. What's more, Goodfellas garnered a full-page write up in the Daily Meal as well as four-star reviews from The New York Times, USA Today, ABC News and Daily News food critics for their must-have pasta. Taste for yourself: they're open seven days for lunch and dinner, with dine in, take-out, delivery and catering available.