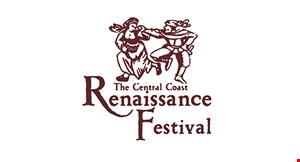 History Revisited is a nonprofit aimed at re-enacting historical time periods for the general public's education and entertainment, focusing primarily on the Renaissance.

For the first time on the Central Coast is a full force armored combat demonstration. Members of this group have performed on The History Channel's "Knight Fight." Contests include one-on-one single combat, as well as brutal team battles of 5 against 5, which will be contested until one team is driven from the field.